NOTE: All services provided are private, you and your party only in car. Dismiss 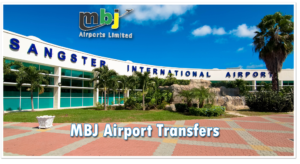 Sangster International Airport in Montego Bay, St. James, was first conceived in 1936 when the site now housing the Sangster International Airport was identified as one suitable for the construction of an airport in the town of Montego Bay. Originally named the Montego Bay Airport, a decision was made to build the runway in 1940, and the actual construction of the facility was completed on February 18, 1947. At the time of its completion, the town of Montego Bay was more like a playground for the rich and famous, and was considered then, one of the premier vacation spots within the Caribbean, just as it is today.

The first international airline to fly into the Montego Bay Airport was Pan American Airways, and the airport, which in comparison to today’s standards, was more like a small aerodrome, was operated by Pan American until September 30, 1949, when the Jamaican government took control of the facility. However, the Sangster International Airport, as known today, is nothing like it was in the early days. One of the most noticeable differences was that initially, the terminal building was on the northern side of the runway but was shifted to the southern side of the runway during one of the several upgrading exercises that took place at that facility, which was necessitated by the growth in air traffic over the years. Plans for the construction of a new terminal at its present location, on the southern side of the runway, were announced in July 1955. the plans for the new terminal building was part of what turned out to be a continued upgrading and restructuring of the facility, to enable it to cope with the growth in traffic. The new terminal was built and opened on July 7, 1959, with a capacity to accommodate 500 passengers per hour, and parking for seven aircraft at a time.

Over the years, the upgrading process was a continuous one, ultimately the facility had grown into the larger of the two international airports in Jamaica, handling approximately 3.7 million passengers per annum in 2007, and has seen an increase in passenger and aircraft movement since the start of 2008. The management and partners of the airport are currently seeking to increase the number of passengers from Asia, and are working with Brazil to receive more non-stop service from that country.

As of 2000, plans have been executed to expand the airport to the status of a world-class airport. A new concourse was completed in December 2005 to allow large commercial aircraft such as the Airbus A340, Boeing 747-400 and possibly the Airbus A380. Also a planned expansion of the main runway is currently in the preparation phase, which will, when completed, afford the airport a fully functioning 10,000-foot (3,000 m) runway to accommodate large aircraft traffic. MBJ Airports Limited also commissioned a new customs hall, arrivals lobby and transportation center in March 2007. Since then, further expansion and renovation projects such as the relocation of the immigrations hall and duty free mall have been launched and they are expected to be completed by October 2008. When completed, the facility will be one of the Caribbean’s most modern airports, and will have increased the handling capacity to nine million passengers per annum. Plans are also in place for the relocation of the tower, domestic terminal and others.

Recently, there was a change in management at the Sangster International Airport following the change in the consortium that operates this facility. Relations between the new management and unions have been difficult, with a strike in November 2007 and in November 2009.

The airport is the busiest airport in the English-speaking Caribbean. It has won the World Travel Awards “Caribbean’s Leading Airport” for the years 2005, 2009–2011 and is also a nominee for 2012.

In December 2013, the airport will be the first English-Speaking Caribbean country to receive flights with a Boeing 787 aircraft by Thomson Airways from London, England 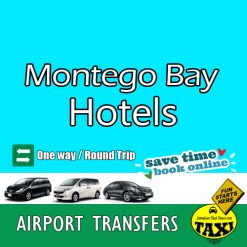 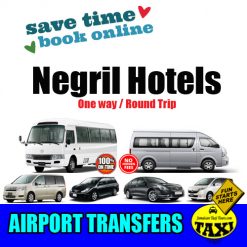 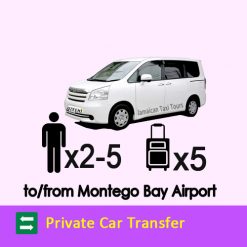 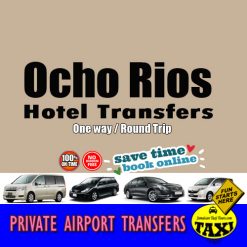 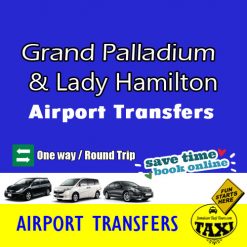 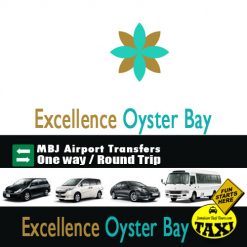 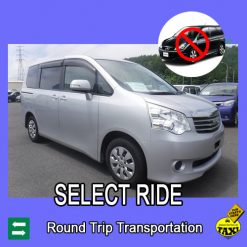 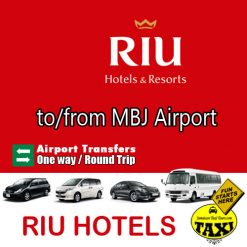 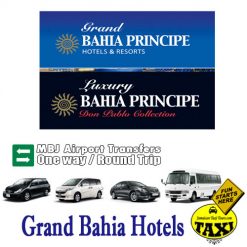 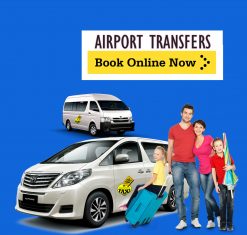 Open chat
1
Powered by
Hello, how can we help you with transportation and tours?