NOTE: All services provided are private, you and your party only in car. Dismiss

What Jamaican Birds are at Rocklands bird sanctuary 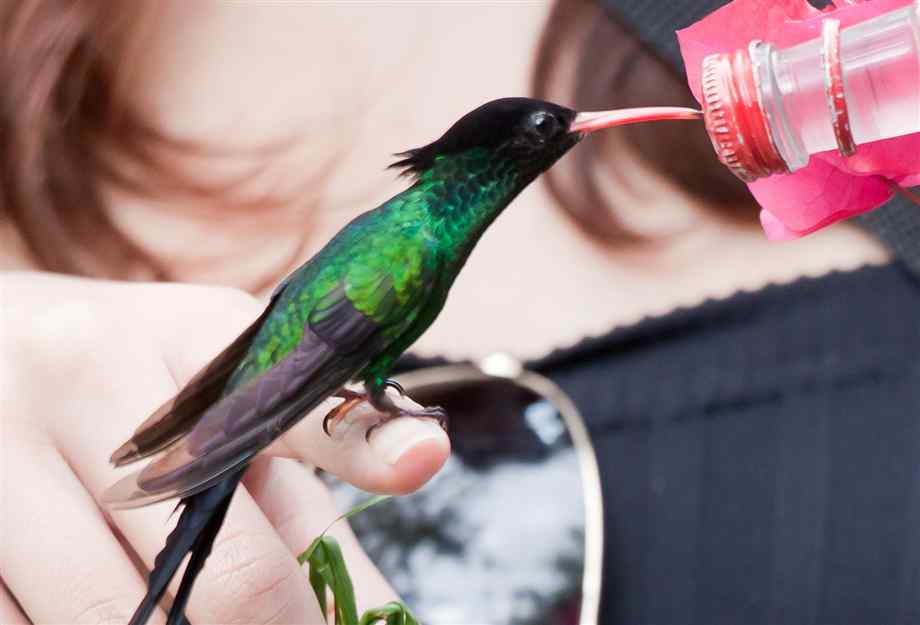 There are 4 species of hummingbird  in Jamaica, three of them can be found at the Rocklands bird sanctuary, but the 4th, the Black-billed Streamertail, is only found in the very eastern part of Jamaica (it is sometimes treated as a sub-species of the Streamertail). The Jamaican Mango and  Red-billed Streamertail are so tame that they will eat sugar from your hand. You will be provide with  seed to put on your hand for the Black-faced Grassquit, Yellow-faced Orangequit and Grassquit.

On the tour at Rocklands bird sanctuary you will come across species such as White-chinned Thrush, Rufous-tailed Flycatcher, Jamaican Tody, Jamaican Euphonia, Jamaican Vireo, Black-throated Blue Warbler, American Redstart and Northern Parula. The endemic and Caribbean species most likely to be seen are: Jamaican Woodpecker,  Jamaican Becard, Vervain Hummingbird, Loggerhead Kingbird and Sad Flycatcher. An outdoor patio area, where you can sit and watch more birds such as Jamaican Oriole using the feeders. Common ground-Dove and Caribbean Dove can be found around the gardens.

The road between Newcastle and Hardwar Gap in the Blue Mts gives easy access to montane forest birds such as Ring-tailed Pigeon and Plain Pigeon and Crested Quail-Dove, Jamaican Tody, White-eyed Thrush, Rufous-throated Solitaire and the rare Jamaican Blackbird.
Montego Bay
For those staying at Montego Bay on the north coast there is excellent birding at Rocklands Bird Sanctuary, aka Rocklands Feeding Station near Anchovy, St James. A small entrance fee to this private feeding station will guarantee Red-billed Streamertail, Jamaican Mango and Black-faced Grassquit and the surrounding woodland holds various doves and cuckoos, Jamaican Owl, Jamaican Becard, Jamaican Oriole and Orangequit. Guides are available to assist birders in this area.

A similar range of birds can be seen in the sugar plantation at Good Hope which can be visited by prior arrangement.
Cockpit Country
The wet limestone forest of the Cockpit Country can be explored via the rough road from Clark’s Town to Albert Town. Endemics to be found here include Black-billed Parrot and Yellow-billed Parrot, Chestnut-bellied Cuckoo and Jamaican Crow.
Almost all Jamaica’s endemics can be seen at Marshall’s Pen, near Mandeville, Manchester. This private reserve can be visited by prior arrangement.
Portland Ridge
The arid scrub of the Portland Ridge, Clarendon, in the far south of the island is home to doves, Stolid Flycatcher and Bahama Mockingbird. White-tailed Tropic-bird nest on cliffs near Hector’s River, Portland, in the east of Jamaica and Black-billed Streamertail can also be seen in the area.

Your journey from the airport at the beginning of your vacation in Jamaica needn’t be as difficult as you think. We will meet and greet you on time at the airport arrival exit after customs.  All vehicles are clean, comfortable, safe and air-conditioned.

Open chat
1
Powered by
Hello, how can we help you with transportation and tours?